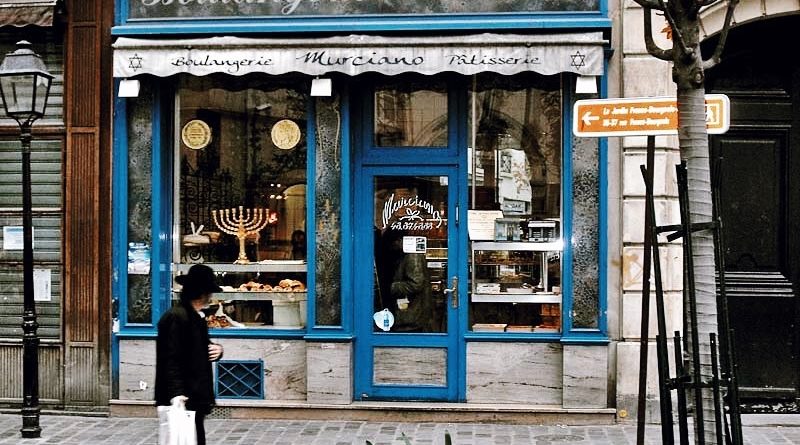 Paris is an old city with historic landmarks, and this statement may apply to even the restaurants in the city. To enter a historic Parisian restaurant is like traveling back to the city which was there 100 years ago. However, what about the new places to eat when on private tours Paris? The French capital has new restaurants, some of which are popular among the locals and tourists. If you are looking for one such place to experience the new flavors and tastes of Paris, we have got quite the list for you.

People who have been to Shabour say that it has what it takes to be a Michelin-rated restaurant in Paris. All dishes here are a testament to the inexhaustible inspiration of chefs. Teamed with the kind of hospitality that is rarely found in popular Parisian restaurants of a similar caliber, Shabour packs a wallop, so to speak.

Shabour is a Hebrew word for hangover, and it is third in a chain of restaurants and the first of its kind in the City of Lights. The other two resides in Tel Aviv and Jerusalem. This one resides on Rue Saint-Sauveur in Paris. It has simple décor, and those behind the restaurant wanted it to be that way. There is no shortage of mouth-watering food here; two of its best items are smoked octopus, and scorched leek filled with a yogurt-like drink and dipped in vegetable stock.

The Batignolles neighborhood in Paris’s northern quarter is turning into a place that attracts numerous diners to it. Le Faham belongs among the crème de la crème. No wonder, because it has haute-cuisine that celebrates great flavors, which hail from areas near to home as well as exotic remote islands.

You could hardly ever go wrong no matter what item you order at Le Faham. The colorful food items incorporate ingredients and flavors which are less known in Paris, highlighting the stand-out allure of Le Faham.

Seasoned Sarcive dishes are a must-have when you are at this restaurant situated on Rue Cardinet. These dishes are prepared by Kelly Rangama who is born in Reunion Island, the same place from where Sarcive hails.

Tucked away in rue Saint-Hubert, this new restaurant is shaped similar to a gable-roofed house. The owner is a Japanese check named Sota Atsumi, who has previously worked with star-chefs such as Joël Robuchon and Michel Troisgros. He is known for his signature blends of French staple foods with flavors, which hail from farther afield. A great dish here is Atsumi’s duck pithiviers, which is a pastry item filled with foie gras and duck breast and accompanied by yuzu purée and tangy date. Diners who choose other items from Maison’s menu will not be disappointed, though. Its menu has food items priced separately, including the Banka trout served with celeriac and salicornes, and the fleshy and seared frogs’ legs.

Many describe Polichinelle as a sunny place with a tempting buffet of dishes heaped with tasty vegetarian fare. Its co-owner, Steve Burggraf once made gourmet burgers popular at an era when people were sneering at American food. After accomplishing that feat with his previous venture, Burggraf and his chef co-owner Christophe Michalak partnered to take another challenge head-on. That challenge was to revamp this Parisian restaurant, situated at Quai de Grenelle, which they managed to achieve.

It has contemporary interior as well as big windows which let in lots of natural light and offers river views from the inside. The main attraction is the big choice of dishes, including lighter tofu salads as well as pasta bakes and lasagna layered with creamy cheese. All these are prepared with produce that mostly come from its rooftop garden. Polichinelle offers tasty vegetarian dishes, which will satisfy your desire for comfort food.

We are nearing the end of this list, but it is not ended by any means. This new place on Rue du Bac is showy, bold, loud and most importantly, it is unapologetically fun. Social netiquette and hushed conversations hardly ever occur here; this is where natives come to start the weekend in a jovial fashion. It is no representation of true French refinement, and to give where credits due, it does not pose as one either.

Tucked in the center for gastronomes, namely Beaupassage, Coya is different from every other restaurant in town. Its interior decoration of mock moldings and light fixtures is loosely associated with Peruvian influences, and so is the menu.

Every bowl of carefully prepared raw fish has a zesty flavor, which is the best part of Coya’s food. All the things here are served with such an excessive flourish that you cannot help but greet the server with a smile.