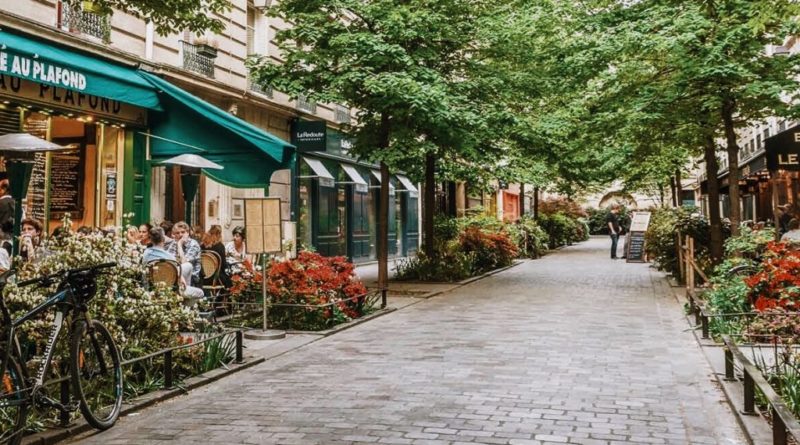 For a book lover who is on his Paris tours, there is no greater joy than to visit the bookstores and libraries in the city. Seeing a huge collection of books can be an exciting thing for a book lover. Spending time in the library can be useful to students and freelancers as well. The advantage of the libraries in Paris is that they, along with the vast collection of books, have art, history and other troves as well. Many of the old libraries in the city are closed to the public. However, there are some libraries, which offer free guided tours.

If you are a person who loves books and you are on your tours in Paris, here are some suggestions of the most beautiful libraries in the city to visit.

This is the oldest public library in France. However, the majority of the tourists who travel across the Seine into St-Germain-des-Prés overlook it. The library is not just known for the collection of so many books. There is a modern collection in the library, which focuses on the history of France from the 12th to 17th centuries. There is also a big collection of rarely found manuscripts from the medieval period. There is a secret vault in the library, which houses the Gutenberg Bible, which is also called the Bible Mazarin. It is dated back to 1250.

Make sure that you visit this marvelous library during your Paris tour. It has a very impressive front area and a very attractive reading room.

It is located very close to the Seine and the Bastille and is a branch of the Bibliothèque National de France. Though it is one of the small libraries in the city, it has great historical importance. The present library building was connected to the neighboring building since the beginning. The building is of the 17th century. In the 19th century, bookstores and reading rooms were built. It was also renovated in 2012.

The Salon de Musique and the room of illustrations are the main attractions in the library. It was at the time of the French Revolution that the building was turned into a library. The neighboring building is now famous in that it houses the Gard Republican.

It is situated in the center of the Paris city and can be found between the Galeries Vivienne and the Palais Royal. It is also one of the four branches of Bibliotheque National de France, which was established in 1368. Henri Labrouste designed this building in the latter part of the 19th century. He also designed Bibliothèque Sainte-Geneviève, on the other side of the city.

The library is famous for the fact that it houses some of the early writings of mankind. There is also a collection of early pottery works by the Romans and the Greeks. There is a garden over the street, which is ideal for spending time with a book or for a picnic.

It is located close to the Bibliothèque Historique and the Bibliothèque de l’Arsenal. It can be found behind the Pont Marie and it specializes in decorative arts. The building was a hotel from the 15th century. It is one of the three private medieval residences, which still exist in Paris. It will be a memorable experience to visit this library. If not, you may at least find time to admire the beauty of the building and the premises from the outside.

Undoubtedly, it is one of the visually stunning buildings in Paris. Though it was founded in the 6th century, Henri Labrouste who also designed the smaller Bibliothèque Richelieu, designed the building that stands here today. The names of some great personalities like Shakespeare, Copernicus, and Galileo are engraved on the façade. On the weekday afternoons, you can find young men and women who are students and professionals, lining up on the street waiting to take a seat in the reading room.

Centre Georges Pompidou is an art museum, which had a controversial opening in the year 1977. It has attracted numerous visitors since then. However, many do not know about the media library that is situated on one side of the building. There is free Wi-Fi offered here. You can have a majestic view across Beaubourg. The library is accessible by the public. The library desks fill up very fast after it is opened, and hence if you have some work to be done, make sure you reach the library as soon as it is opened.

In the 13th arrondissement of Paris is situated Bibliothèque François Mitterand, one of the biggest libraries in the city. It was constructed in 1966 and comprises of a garden and four towers. It is located near to many of the best universities in the city and offers many resources related to different fields of study. Hence, it is an ideal place for studies for those who are research-minded.

Add some of these libraries to your Paris tour itinerary.