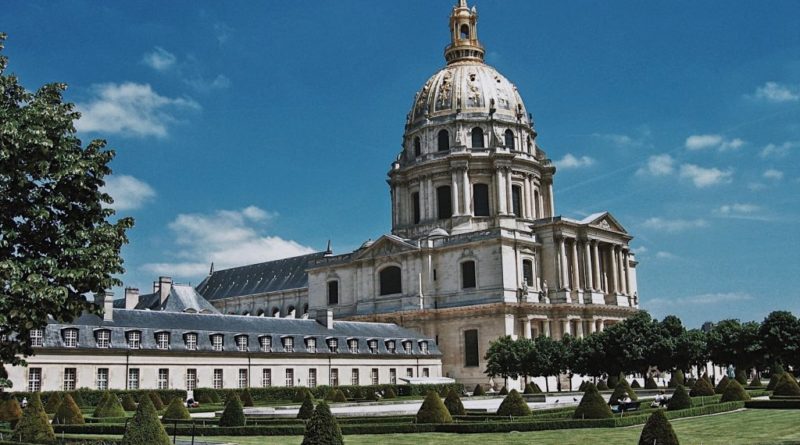 The Marvelous Mrs. Maisel is one of the popular web series on Amazon Prime. Set in the 1950’s period, the American show tells us the story of a woman who abandons her husband to move to Paris City and embrace her previous and more laidback lifestyle. This is the same city where she lived for a brief time in her youth; hence the choice to leave her inconsiderate family for the move turns out to be more like a second wind to her rather than a late-life spent pondering over many regretful things done in the past.

Although it is fictional, the show was also shot in real locations. The City of Lights has been a favorite destination for many productions, including film and TV. There is something about the French Capital that attracts young American women – once it was Patricia in “Breathless”, a French New Wave classic, and now it is Miriam “Midge” Maisel’s turn to be lured by it. So you can walk in the footsteps of Maisel too on your next trip to Paris. Below is a list of the locations to explore when on a private walking tour Paris devoted to the “marvelous” show.

You cannot get more quintessentially Parisian than the Place Dauphine in Île de la Cité. Note that “Place” in French means “Square”. This public square has been popular among both natives and visitors for decades owing to the marvelous, preserved architecture. It is also perfect for playing pétanque in the evening time.

Of course, The Marvelous Mrs. Maisel puts the Place Dauphine in the spotlight. The Restaurant Paul features in the show, and it is no mystery as to why the makers selected it as a filming location. The restaurant serves classic French cuisine, ranging from terrine to crème brulee and many delicious dishes in between. It appears to freeze Paris in time, especially in that romantic early twentieth century period that the city is often associated with. Its menu, though, is modern and regularly updated as per the seasons.

The Place Dauphine is ideal for people who want to explore a calm area during their private city tour Paris. If you have just come here and are looking for a place to stay, there are many apartments in the area, which offer amazing views onto the central square.

No Parisian neighborhood captures the imagination as Saint-Germain-Des-Prés does. Nestled away in the sixth administrative district of Paris, the neighborhood conjures a history of trailblazing artists and sparring intellectuals, whose preferred bars and cafes figure in the enchanting Left Bank lore. This is where prominent people went to play and have drinks in the early twentieth century.

It features in a memorable scene in the show, the one where one of the characters named Abe eventually embraces Paris, making his own group of friends. This part of the city also makes a perfect spot to have a culinary trip. In real life, all travelers fall in love with the quintessential French vibe and the classic cuisine.

This museum devoted to Auguste Rodin, the famous French sculptor, has appeared in many films and shows, including The Marvelous Mrs. Maisel. Here is a fun fact: its production crew had to make wooden frames in order to put over a few of the cases at the Rodin Museum since their glass finishing looked too modern and inappropriate for the 1950’s era. So if you go to the museum now, it will perhaps look slightly different than how it featured in the show. However, you can marvel over “The Burghers of Calais”, one of the most iconic sculptures by Rodin, and hear about his love affairs with a seamstress as well as a fellow sculptor.

Bookstalls around the Notre Dame Cathedral

For a Mrs. Maisel inspired shopping, head to the bookstalls along the River Seine, right across from the Notre Dame cathedral. These famous stands sell artworks, books and at times even little knickknacks – all vintage stuff. If you are willing to take some time to browse through the collections on display, you can find some treasures to take back home. In addition, the view of the Notre Dame Cathedral is pretty awesome.

Bread is a key part of French cuisine. It is important to the French people, which was evident mostly in the years of fight they had for survival during the Revolution. In the fifteenth arrondissement, there are many bakeries where you can have baguettes and croissants, although Moulin de la Vierge is the one featured in the show. You will also find pastries that stopped one of the characters in his tracks and prompted him to go back into the store for some more purchases.