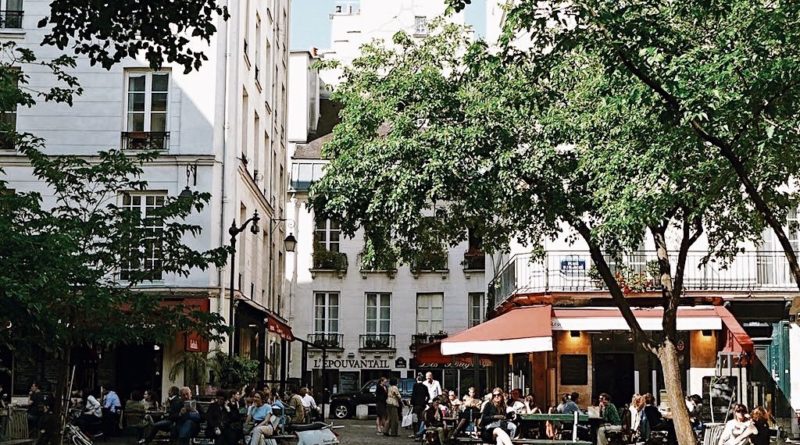 There are very many different ways to connect to a place you are visiting; while some do it through immersing themselves in museums and monuments highlighting prevailing and past culture, others let their tummies lead them through the majority of their trips. For a foodie visiting Paris, there are at least a dozen different foods they absolutely must try while they are in the city. Following are nine to try out after taking one of the private tours Paris, in general, has to offer.

Enough people hate oysters that we should probably tell them to skip to the next item on the list, but for those that like them, the seafood is definitely something to try while in Paris. French oysters are renowned the world over, and are sourced from different spots on the country’s coastline. Arcachon and Normandy oysters rank at the top, and while a plate would set you back substantially, it is worth every Euro you spend on it.

There are a variety of incredible cheeses made and sold all over the city, including the famous camembert and comté varieties, which often seem like no one could go wrong with them. There are also some lesser-known names under producer cheeses that you should try if you have the time and money to spare. Head straight to a cheesemonger and start buying based on what he or she recommends.

This is not classic French food, but a street fare you can find on many parts of the globe. That said, a Falafel sandwich is still a very Parisian thing. Paris has a place called L’As du Fallafel, where you can get falafel that is out of this world, although you should be expect long lines whenever you do show up. Even though you might have to wait 20 minutes, you can still get a wonderful sandwich to eat, and carry it to a nearby park or just eat it while walking.

A humble enough fare that speaks in many ways of French culture, baguette bread has been produced in France for multiple centuries, although the word itself started getting used by the rest of the world only by the ‘20s. Close to a hundred years down the line and the rave for it is evidently still going strong. You see many locals flocking the boulangeries to get their daily loaf. For the tourist, the city has a ton of places which sell this bread in many sizes, as well as the Best Baguette in Paris contest which they can catch if they happen to be visiting at the right time of year.

Voted the favorite dish of the Parisians in 2006, couscous beat out cassoulet and beef bourguignon that year, which is saying something. You can get plenty of varieties at different restaurants in the city thanks to the high number of immigrants from North Africa, who brought along this wonderful piece of their culinary culture.

For the Ron Swanson in you that simply cannot do without a steak every now and then, Paris has restaurants and eateries which offer some of the best “steak frites” (steak and fries) you have ever had. Le Relais de l’Entrecôte is the main crowd favorite, with many locations all over the place. The quality here may not be the best you can get, but they do deliver an experience you are likely to remember in a good way.

If you believe you can find the perfect croissant, and have been spending time looking, then Paris may well be where you finally manage to do it. It reigns supreme among breakfast pastries, and can be just the thing you need to dispel your hangover after an all-night rager. There are plenty of patisseries and bakeries which sell croissants.

Another baked good that Paris is famous for, the éclair is one pastry which does not carry well through export, which is why a lot of people have no idea how good these things can actually taste. Unlike the mediocre travesties you get in most donut shops stateside, the éclairs in Paris are so good they are, in and of themselves, arguably worth the trip you make to the city. Cream-filled éclairs may be decadent, although they are also very light and easy on the stomach. You could go through half a dozen without noticing, but your wallet might not take it well if you your whole family decided to do the same.

Paris is definitely a paradise for the bread and pastry lover. Most macarons you get to try in other cities are underwhelming at best, but this is not that case in Paris. You have plenty of shops here dedicated to the art of crafting perfect little delicacies that leave you craving for more. In terms of flavor, you get everything from classic salted caramel to modern takes like raspberry and rosewater.